Thank you for your interest in blues music, a significant part of the cultural heritage of African Americans that has influenced all American music. As you are aware, February is Black History Month, an especially appropriate time of year to talk to students about blues music and its’ role in the history of America. Certainly, the videos would be an effective teaching tool any time of year. Each video can stand alone as a single lesson or be used in sequence.

Videos discussing various aspects of blues music were developed by us, for preschool through grade 12, with you in mind. These videos facilitate music education through remote and classroom learning. Links to the videos are designed to be copied and pasted as lessons that you transmit to your students. There is no charge for this blues music education through the blues society. Following, you will find a list of learning objectives and a synopsis by video.

We encourage you to preview the videos to determine their appropriateness for your students. Accompanying the videos are Teacher’s Guides where you will find 1) learning objectives, supporting information, additional learning, 2) two quizzes and answers, for each video, the multiple-choice and short answer to be printed or administered through Google Forms and, 3) an evaluation for teachers, to assist us in improving our offerings to educators and students.

If you have any questions or concerns, please contact us. We appreciate what you do for your students. Thank you. 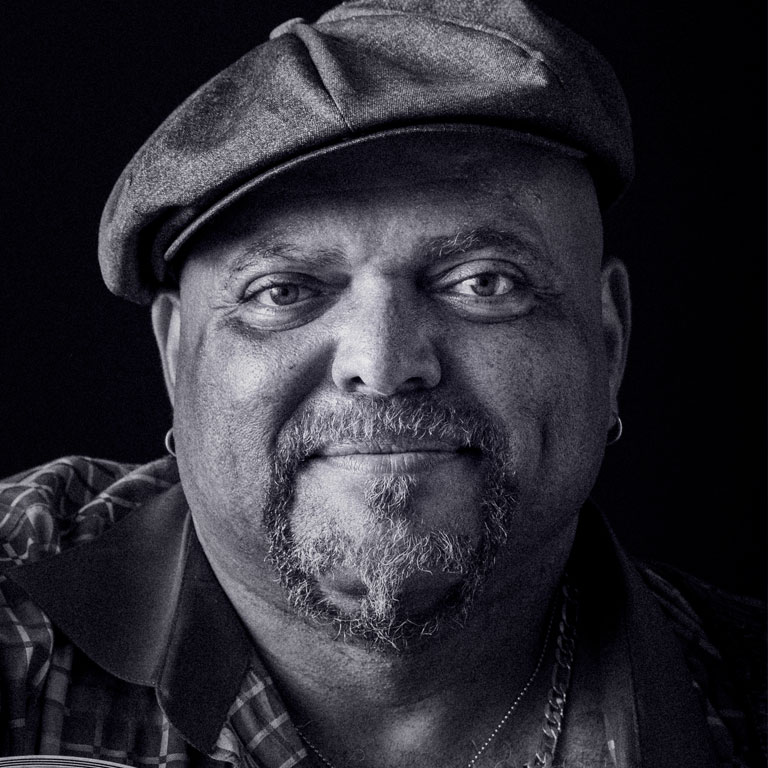 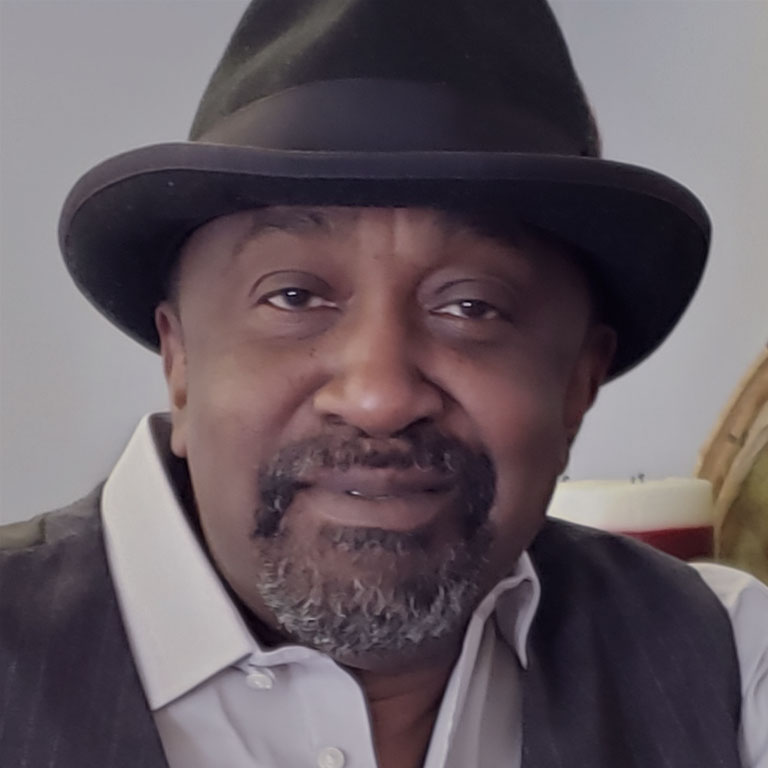 Our first series features local, career blues musicians, Kevin Burt and Hal Reed, who, as African Americans have first and second-hand knowledge of the development of blues music in the rural South as well as in urban areas of this country. Hal plays harmonica solos in all of the videos. In the video “Heartbeat of Africa, The Roots of Blues Music,” he tells his personal story of working in the fields in Mississippi and singing field hollers with his family. The videos can stand alone or be viewed in sequence. Key messages are reinforced throughout the series.

Wheels on the Bus; Listen or Sing Along with this Song 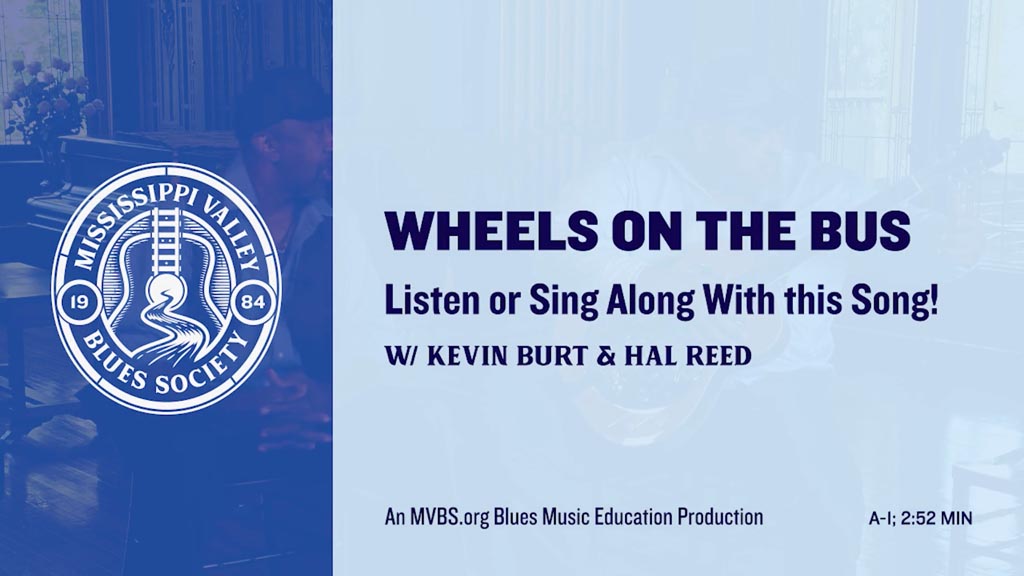 This lesson for younger students is a song familiar to all children, but performed in a blues style. The objective of this lesson is to familiarize children with the sound of blues music. 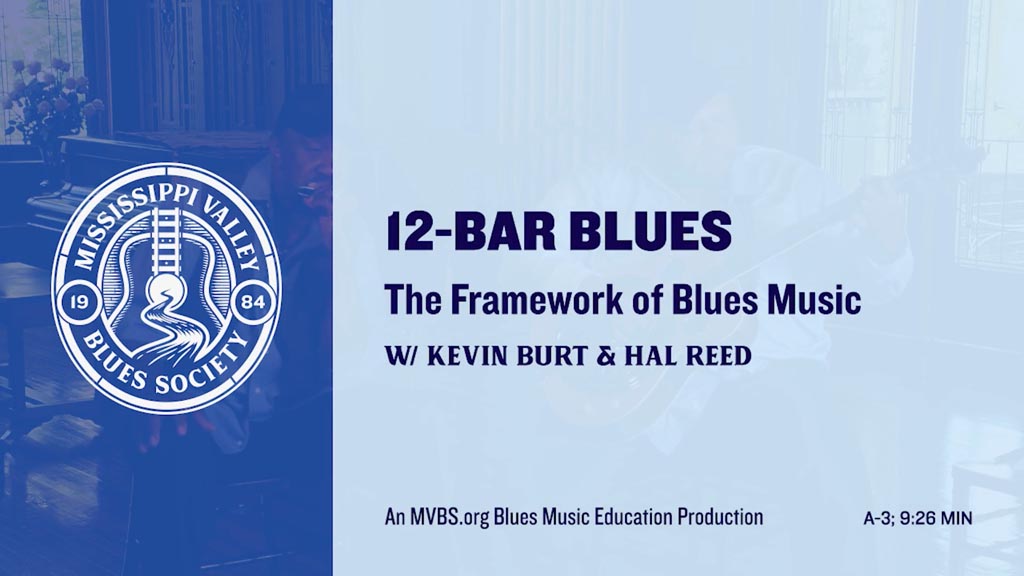 Heartbeat of Africa, The Roots of Blues Music 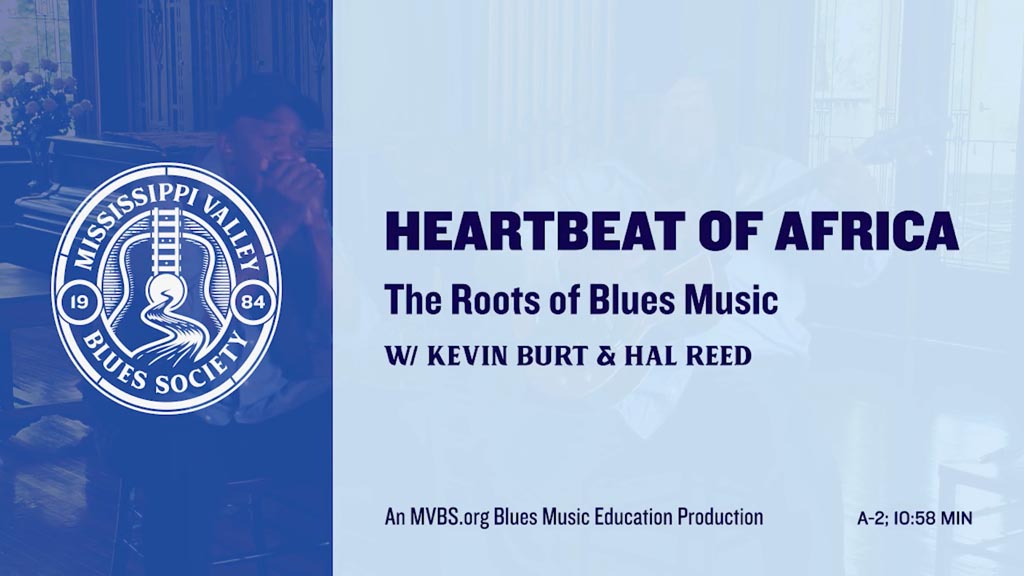 This lesson opens with “Wade in the Water.” The objective of this lesson is to familiarize students with where the basis of blues music originated and what functions early blues music served. In this video, Hal tells his personal story of working in the fields in Mississippi and singing field hollers with his family. 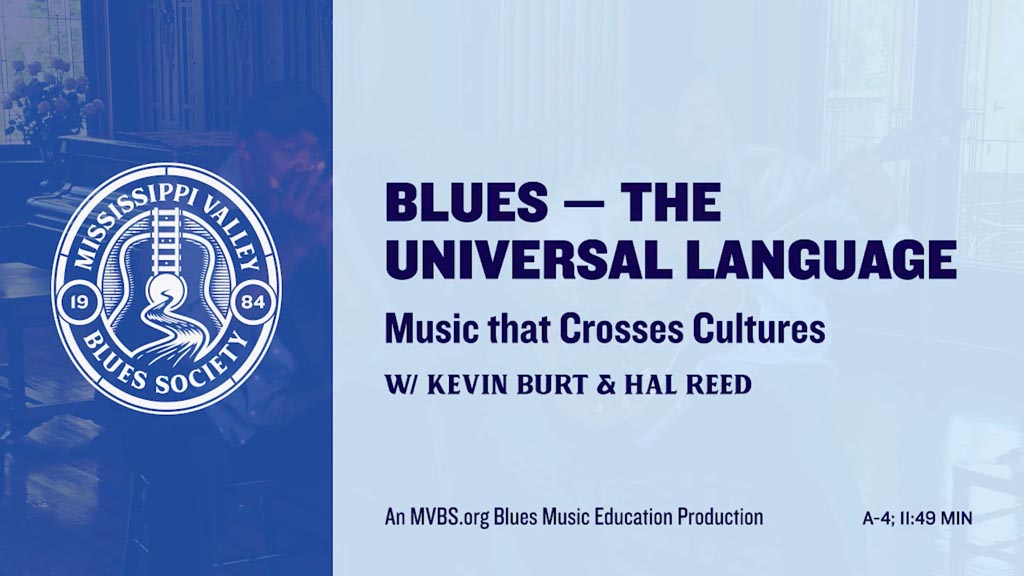 This lesson opens with two spirituals. The objective of this lesson is to show the influences of different cultures on blues music and how this music impacted other genres. 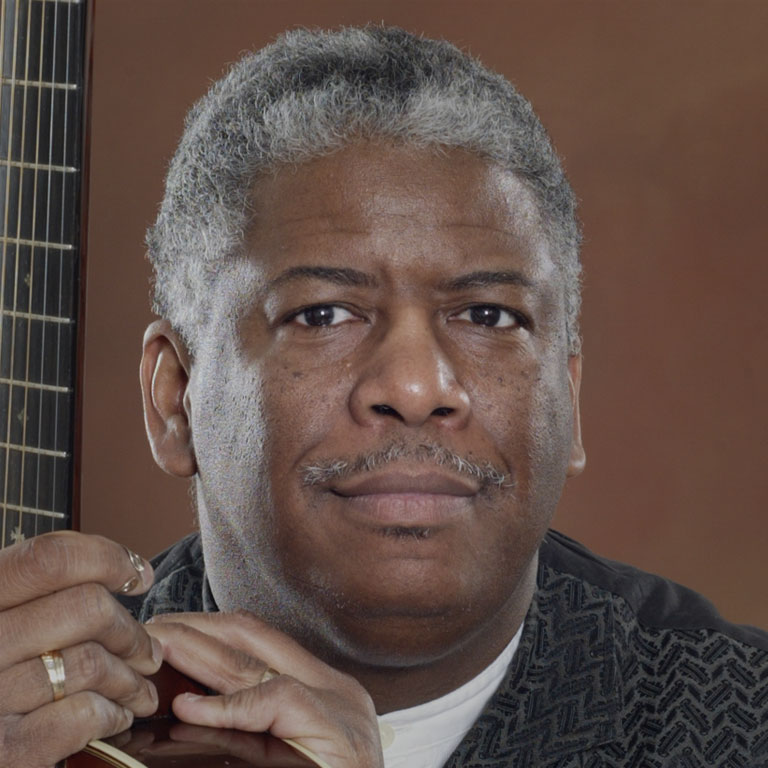 Our second series features nationally-recognized blues musician and historian Robert Jones, an African American from Detroit who has made a life-time study of the origins and development of blues music. Robert incorporated film clips and photographs in many of the videos to add to the lessons he is teaching. For example, “Five Notes, Many Voices; The Foundation of Blues Music” includes film clips from 1894 of Native Americans performing their music. “The Blues - A Sampler of Significant Blues Musicians, 1903-1964,” includes numerous film clips of noteworthy musicians performing blues music or music influenced by the blues, such as Muddy Waters and Elvis Presley. The videos can stand alone or be viewed in sequence. Key messages are reinforced throughout the series.

When I First Came to this Land, An Introduction to Blues and Folk Music 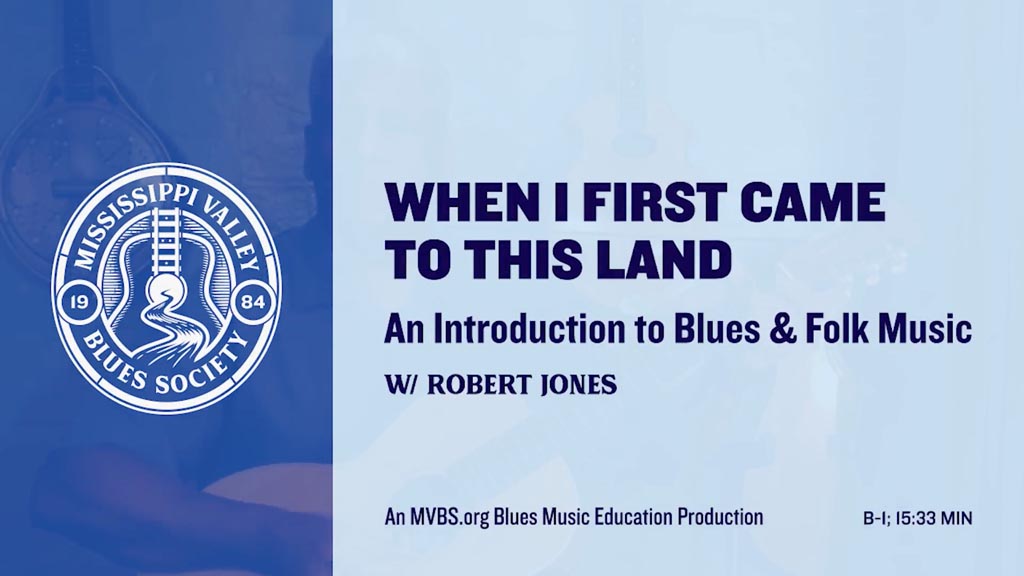 This lesson for younger students opens with the song, “When I First Came To This Land”. This is a song that describes how a farmer builds a life through hard work and resilience. The original melody is the same as “Twinkle, Twinkle, Little Star” and the “Alphabet Song”, but in this lesson, it is played to a blues shuffle. The objectives of this lesson are to 1) show how a familiar song may be understood through three things; rhythm, rhyme, and melody, 2) introduce students to idea of folk music, as distinct from classical music and other musical styles, and 3) introduce students to the sound of a blues shuffle.

Work, Play, and Freedom; Blues Music with a Purpose 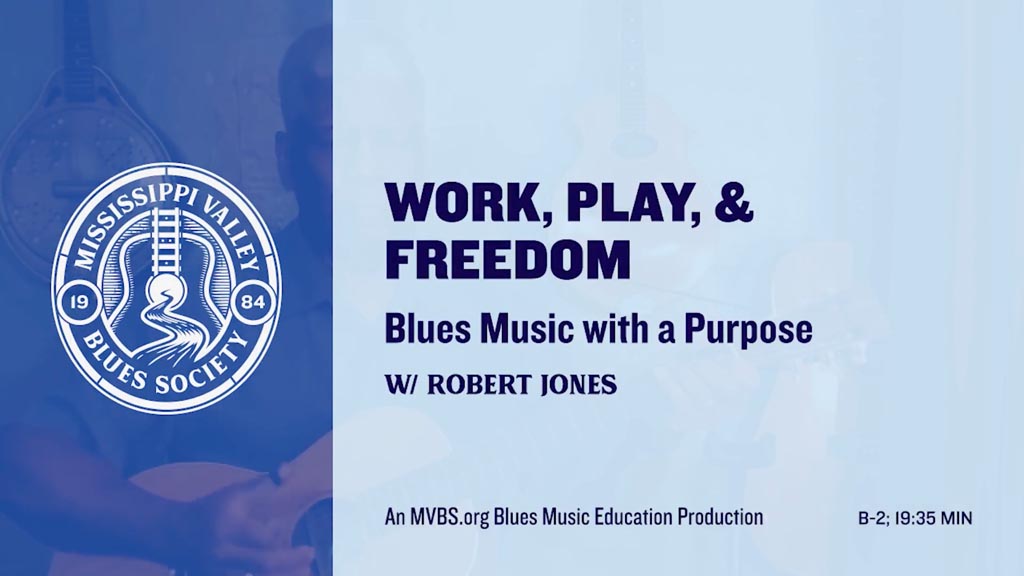 This lesson for younger students opens with the work song, “Oh, Hannah,” and shows film clips of people working to music. The objective of this lesson is to show students, through three traditional songs, how early African American songs were used in ways that went beyond entertainment.

Five Notes, Many Voices; The Foundation of Blues Music 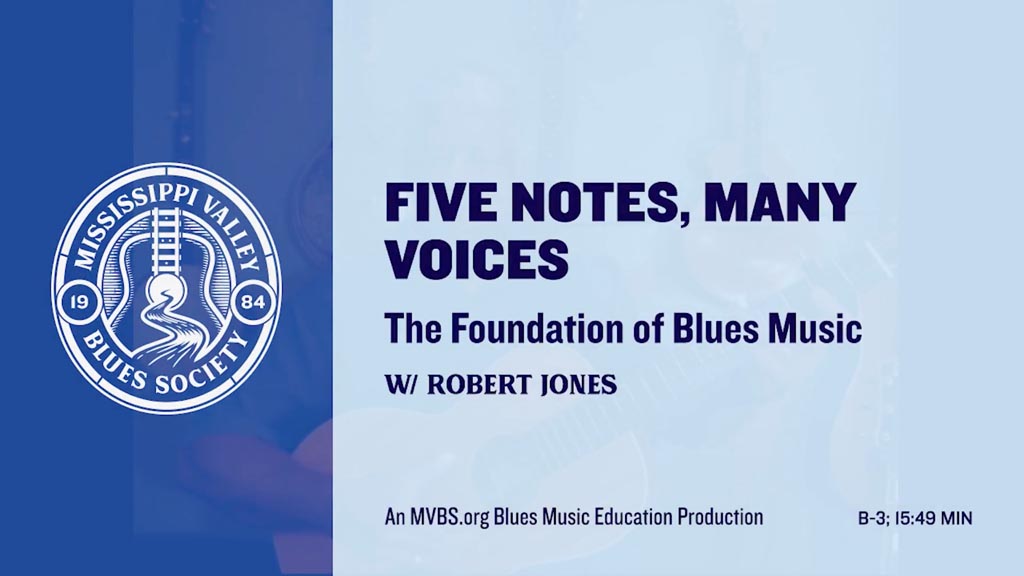 This lesson opens with an 1894 film clip of Native Americans dancing and drumming, the earliest film available of this nature. The objective of this lesson is to showcase the importance of the minor pentatonic scale and show how that scale can be heard in blues and other styles of early American folk music. The point is made that blues music is a uniquely American style of music that utilizes African and Native American ideas of scale and African ideas of improvisation, played largely on European instruments, using lyrics derived from American culture and experiences. Blues is a uniquely American music and has a lot to teach us about America’s history and culture. 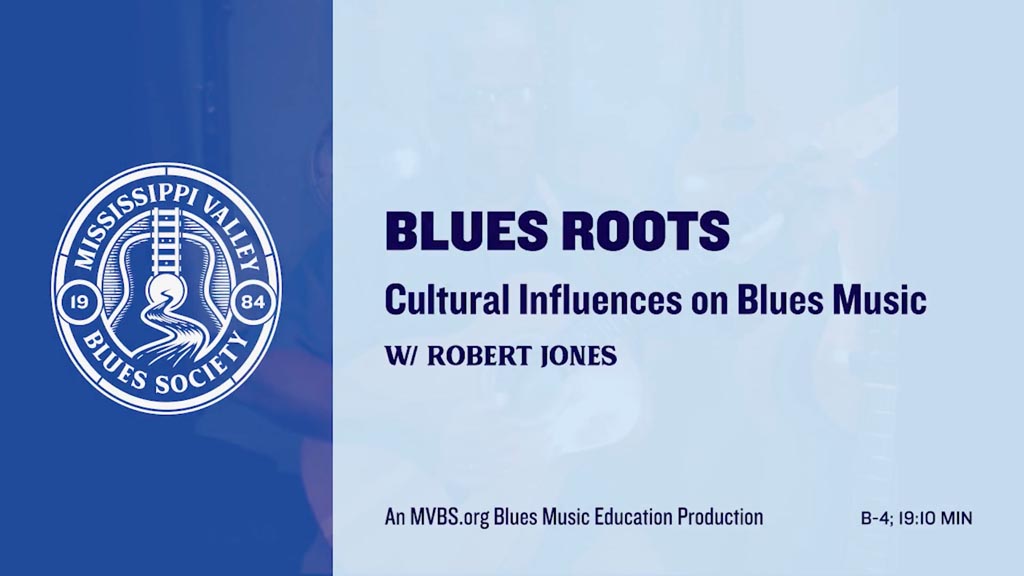 This lesson opens with a basic 12 bar blues song, “Good Morning Blues.” The video then moves into a number of film clips featuring African workers using music to coordinate their efforts to get work done, including the singing fishermen of Ghana. The objective of this lesson is to introduce students to the wide variety of cultural influences that helped to create blues music as we know it today. The music in the video is based on the minor pentatonic scale. 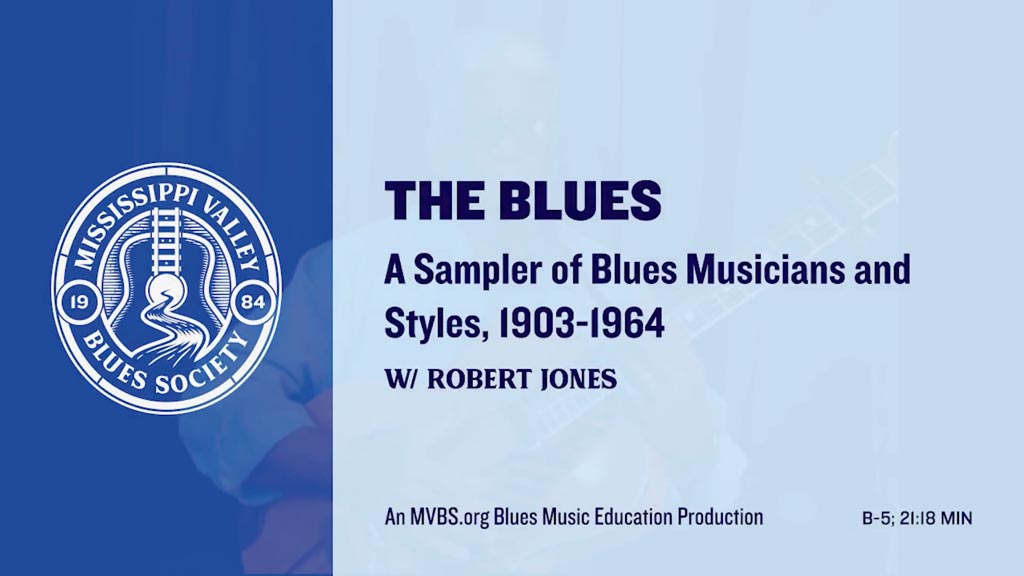 This lesson opens with a performance of Muddy Waters’ “Sail On Blues,” a Chicago-style electric, slide guitar blues tune. This lesson showcases numerous, fabulous film clips of a wide variety of blues artists who were prominent during the firs half of the 20th century, and, styles of blues they played on both acoustic and electric instruments. Among these artists is Sugar Chile Robinson, a 6 year-old piano prodigy that students will delight in hearing. Through these artists, the student is provided an abbreviated timeline of the development of blues music that shows the racial and cultural diversity in blues history. The objective of the lesson is for the student to understand the evolution of blues music, its’ effect on American music and the key players who were involved in this process. The student will see how technological changes, for example electric instruments, changed the sound of blues and therefore the sound of American music.

Blues Branches; Music that Grew Out of the Blues 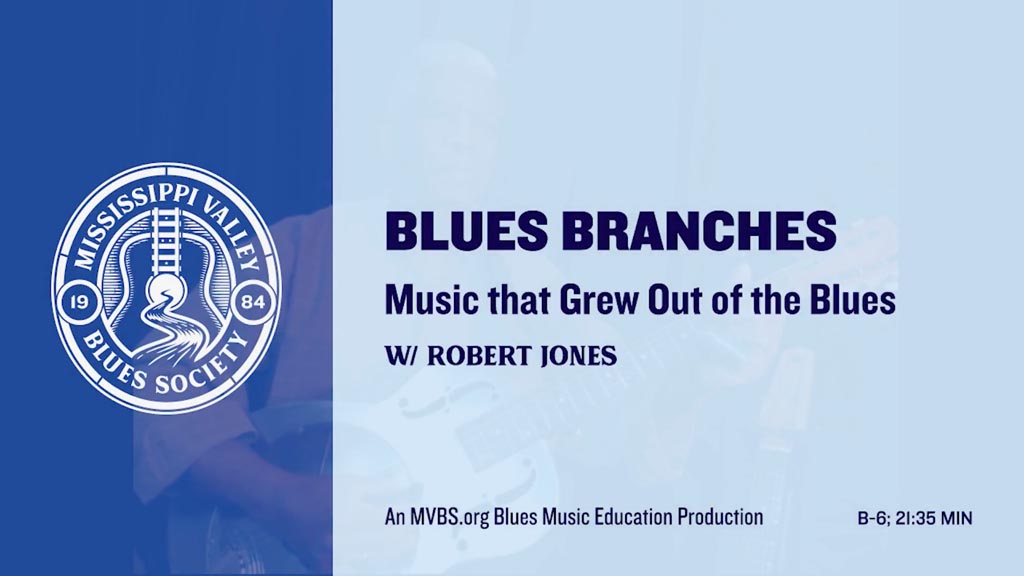 The lesson opens with a performance by Son House (1902-1988) of “Death Letter Blues,” performed on a 1934 National resonator, metal body guitar. Film clips are included in the video of such musical greats as Jimmie Rodgers, Ray Charles, Chuck Berry and The Temptations. The objective of this lesson is for students to understand how the basic “language” of blues led to a wide variety of popular American music styles. The key phrase in this lesson is “three chords and five notes.”

Joe Price stands as one of the art’s legendary practitioners. Armed with a joyous, disarming demeanor and the ability to play the doors off of most anyone else in the room, Price has opened for the likes of Iris Dement and John Lee Hooker, while Iowa’s own Greg Brown calls Price “the Buddha.” Brown isn’t alone in his praise, as a litany of Iowa musicians list Price as one of their influences. Price’s reputation was cemented in the 1970’s, when he spent the latter half of the decade as part of Mother Blues, one of the greatest and most heavily influential Iowa blues bands of all time.

Vicki and Joe married in 1987, but Vicki had been holding her own in the wilds of small-town Iowa before then. Her guitar playing has more structure than Joe’s does, while her voice provides a good deal of their songs fire. Bold and brassy when she wants to be, Vicki’s voice has elicited visions of Loretta Lynn or June Carter, but she’s able to get far bluesier than any of her most obvious comparisons. The amount of fun Vicki and Joe clearly have performing with one another elevates their performances, transforming them from something that blues purists and guitar fans can appreciate, into something that everyone with ears and a love of life can understand and tap along to.

Through the original blues music of Vicki and Joe Price, one can observe techniques used by this duo to produce the sound of the blues, and then adapt these techniques to their own playing. Note the use of verbal and nonverbal communication as the duo proceeds through their set, keeping the two of them in sync throughout the performance. See “Additional Information” for definitions re slide guitar, foot stomping, turnarounds, etc.

While watching Parts One, Two and Three of the videos, it is clear these musicians love what they do and have fun doing it. Their combined knowledge and experience of blues music is extensive. Vicki and Joe uphold the blues tradition as they create new songs within the genre.

For further information about the Mississippi Valley Blues Society, a 501 (c)(3) nonprofit organization, please go to MVBS.org. On our website, you will find, among other offerings, information about how to become a member and support our community work as well as a library of free videos, a wealth of interviews, and concerts by blues musicians, which could also serve as a useful teaching tool.

The Education Committee is dedicated to increasing the public’s knowledge, understanding and appreciation of blues music through live and remote performances and by providing information about the music and its’ history, which includes the musicians (past and present) who play it. Education Committee programs are provided for no cost to the public.

You Ain't Getting
Out of here
without Singing
The Blues
Become a Member I double dare you No, I don't like blues music.